Since my youth, I have been engaged in politics, serving as a class representative, grade representative and school representative. It was important to me not only to complain, but to do something to better the situation. I discovered my political stance during a time when Germany and Europe were divided. At this time a heated debate had broken out, if we should deploy more atomic missiles in the former Federal Republic of Germany (West Germany) as a reaction to SS-20 missiles of the Soviet Union – a policy which Helmut Schmidt and the CDU supported.

The motto of the CDU was to “create peace with fewer weapons”. Less than ten years later it was shown that the CDU was right. The Berlin Wall fell, Germany was once again unified and the division of Europe was overcome. What else I liked about the CDU was that there were neither egoists, individualists (like in the FDP) nor people, who said everything has to be controlled by collective responsibility and by the state (like in the SPD).

Subsidiarity and solidarity, freedom and responsibility… Those have been the guiding principles of the CDU and me personally.

I am grateful that I could assist in shaping the future of my country on that basis as city councilor, member of state parliament (Landtag), mayor, minister and in different functions within the CDU. And I will continue to do this also in the future as a member of the German Parliament (Bundestag). 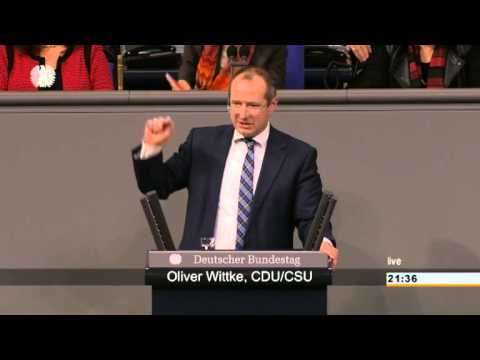